Always seek out information pertaining to your jurisdiction before you make a decision. 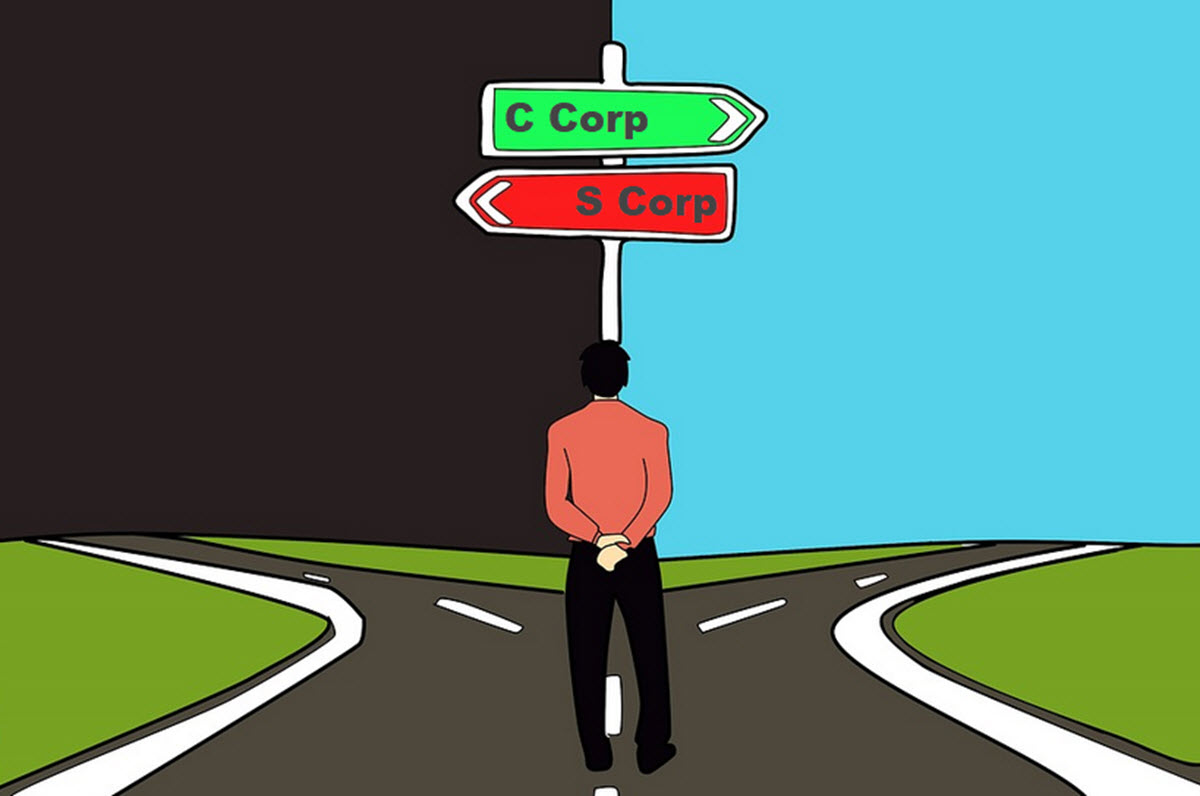 Taxation of a C corporation

Dividends distributed to shareholders are personal taxable income for the shareholder.

Taxation of an S corporation

An S corporation is a pass-through taxation entity. In this regard, it is similar to a sole proprietorship or partnership. The S corporation files its tax return on IRS Form 1120S, but no income tax is paid at the corporate level. Instead, profits and losses pertaining to the business are passed through to the shareholders. Each shareholder reports this on their own tax return, and any tax due is paid at the individual level.

The Internal Revenue Code contains shareholder restrictions that must be adhered to if a corporation wants to be taxed as an S corporation.

These restrictions are not applicable to C corporations, and that is a major difference that needs to be taken into account.

To avoid accidentally losing their S corp status, most S corps restrict their shareholders’ ability to sell or transfer their shares. This is because it only takes one ineligible shareholder to make the corporation revert back to being a C corporation.

Why elect to be an S corp?

Here are some reasons why the S corp can be an appealing alternative to the C corp.

How to form a C or S corporation

How to form a corporation

You form a corporation by filing a document that (in most states) is called Articles of Incorporation. In most states, you file it with the Secretary of State. Examples of information that must be included are corporation name and the corporation’s registered agent. You will be required to pay a filing fee.

After the incorporation process is finished, the corporation needs to fulfill certain other steps, such as adopting bylaws, holding a meeting for directors and shareholders, and issuing shares of stock.